This world has become scary, yes, scary. After the WannaCry virus, which was asking for a ransom to restore your encrypted files, we now see the Petya virus, which does everything similarly, even in the way WannaCry used it!

After the completion of WannaCry virus virus that spread from the quality of Ransomware today appeared a new virus called Petya of the same quality, but the same method of proliferation based on the NSA files leaked to the gaps in the system of Windows, and the second time there is no explicit update from Microsoft to solve the problem And close these loopholes but just a quick patch to solve the problem, I do not know what the problem of closing all the gaps found in the update of those updates that are loaded all the time? 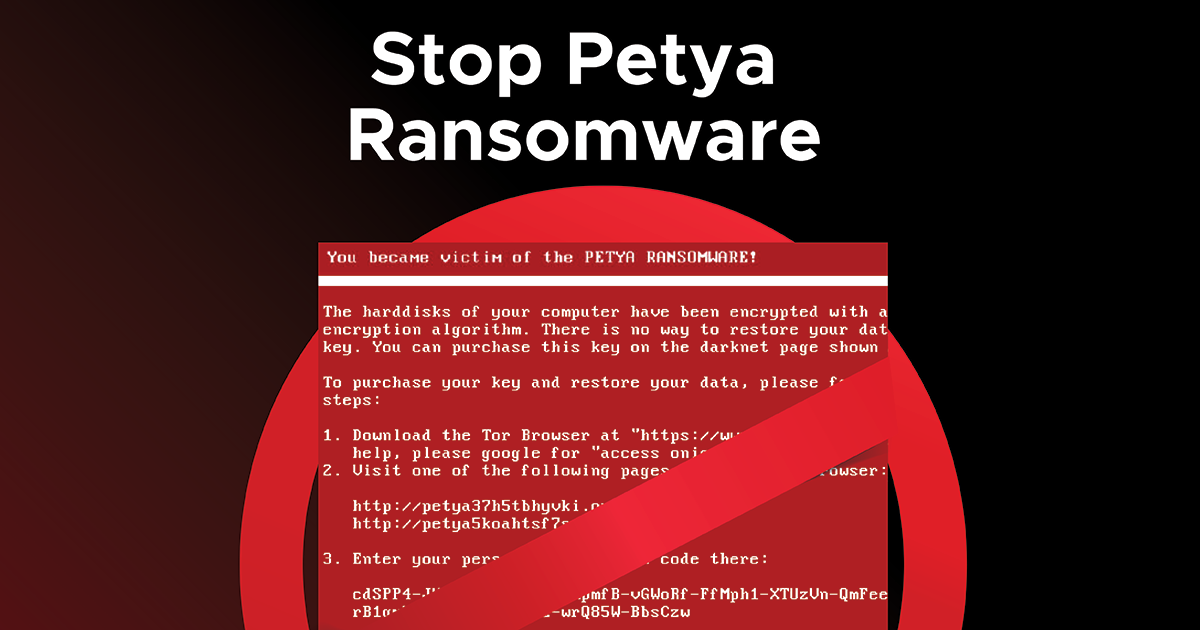 What is new in the virus is that it only ... does not only encrypt your files but it does some other things, on the list of those things it not only encrypts your files but also system files, including the MBR boot file and it converts the boot from the system - which Its files are also encrypted - to a screen asking you to pay the ransom. This is scary, maybe we at Wannacry are able to escape and try to save any of the files, but here we are talking about the lack of opportunity to open the device.

Until now, all the security authorities concerned in all countries of the world say is not pay the ransom since there is no e-mail will send file decrypt files, but reports that there were 23 victims were not ready to lose files and paid the ransom amount A total of 6900 dollars.

So far, the Petya virus has attacked a lot of important places like hospitals, banks and now some ATM machines and some energy companies. All of these facilities have been shut down and we are waiting for new news about the virus. But for the time being you can protect yourself through the patch that Microsoft released and also disable the WMIC tool, which can be found in the following link.

One of the mechanisms to deal with it is that when the computer is restarted automatically without your intervention you can disconnect the electricity from the device so that the device does not run the virus and then occupy it after a period without Internet connection to begin to organize everything and make sure that everything is okay. The virus only works after restarting. Do not forget to share your opinion in the comments section and also join us on the social networking sites to stay connected with us. Also do not forget to go through an article on How to protect yourself from WannaCry ransomware.