Various Types of Malware that threaten your computer

In this article, we will identify the types of Malware that are programmed every day to attack computers, but first we must know the meaning of the term "malware", which is programmed to target and destroy computer functions and possibly steal data on a computer or target security systems For the computer and to overcome it to control the work of the computer. 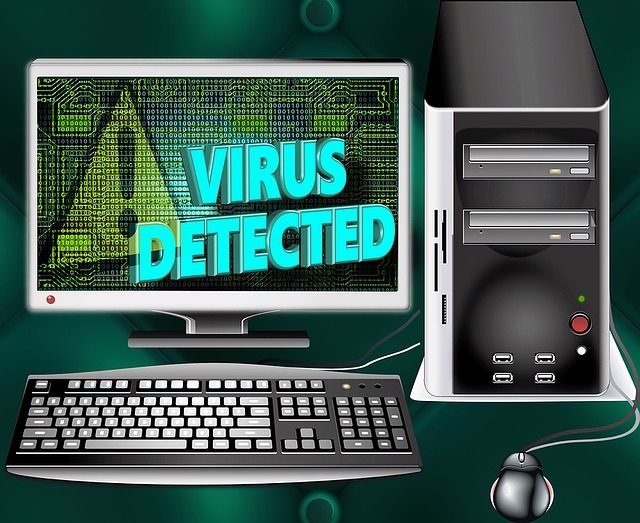 Is a software that comes with some programs that you download from sources that are not trusted. This type of software is designed to spread the advertisements on the computer in a way that is annoying to the user, so it may prevent you from completing your work well, especially if you use the Internet browser. Some of these software come to their designer profits based on the number of ad views and some of them are not commercial, but may affect the performance of your computer in the performance of its work.

Is a program that automatically turns some bot software into useful ones, such as software designed to respond to clients in a company's technical support, but here we talk about the malicious kind of software that does some things you do not expect from your computer, such as opening programs on its own or closing programs On its own or perhaps install programs on its own and that depends on the programming of the Bot. Some of these software may help hackers in completing DDoS attacks.

This can be defined as a program error or error. This is caused by a vulnerability in the source code of the program due to a programming error from the programmer itself. This error may cause poor performance of the program and may harm the user to damage the data used by this program.

Is a software designed to prevent the user from accessing his personal data by encrypting and may send messages to the user forcing him to pay money to the programmer this malicious software to retrieve the possibility of access to his data again.

Malware is designed to control remote computers without being detected or stopped. Data may be stolen or downloaded. Computer viruses can also be changed, and some programs may be disabled (often these are security programs). On the computer).

Is a program designed to spy on the activity of the victim and may be stolen some of the data or passwords used to protect his files or electronic accounts also spying on its activities on the Internet and knowledge of the sites and what is done by the full without the knowledge of the victim.

There is a legendary story entitled Troy tells that a Greek army wanted to control the city of Troy but could not do so legitimately or honorary war so he sent a huge horse as a gift from the Greek army to the governor of Troy and when everyone went to their homes came out of this huge horse many of the military Who set fire to all over the city and opened gates to their army to be able to storm the city of Troy so they named this horse Trojan Horse relative to the city of Troy, that is exactly what happens inside your computer is a malicious software that intrudes into your computer in the form of a file or program you may see useful You then do this file to work In spying on you or steal your data has loads other files that are harmful are running at full capacity until the computer functions of the computer completely.

Many people think that all of the above comes under the name of Virus, but in fact is that Virus is another malicious software, as in the past, it is stuck with a file or programs and when you put this file or software on the computer is spreading itself and multiplication between files to cause the greatest damage You can use Virus to steal your data, steal your money from your bank account or more.

Is a software designed to spread through the Internet to infect corporate servers and perhaps some computers connected to the same network is increasing the load on these devices so that it is unable to respond to the orders of owners, and classified this program under the name of virus because it is almost the same role but more broadly and more damage.

Symptoms of infecting your computer with a malware:

Increase in processor usage is excessive.
Slow computer speed or surfing the Internet.
Problems with Internet connection.
A sudden halt to some programs.
Modify or remove some files.
The emergence of strange files or programs.
Turn on or off or restart programs on their own.
The strange performance of the computer.
E-mails are sent without the user's knowledge.
When one of these symptoms occurs, immediately scan, find, and stop the computer against malware by using appropriate protection programs.

I always recommend protection before treatment because some of these software is destructive and will not be able to remove it easily and may cause damage to your computer or data very quickly before removing it so it is the opinion of all security and security guards to examine everything you do on your computer or on the Internet to the sites or The links that you browse must be validated before entering them. Some of these sites may be a gateway to enter the hacker to your computer without feeling, and it is recommended to install the most powerful protection programs on your computer to protect you from what may cause you. There are also high-performance operating systems that you might want to use, such as Linux or Mac OS X. These systems may have holes but not the same amount as on the Windows platform.Do not forget to share your opinion in the comments section and also join us on the social networking sites to stay connected with us. Also do not forget to go through an article on How to revert from Windows 10 to the previous version after upgrading (Windows 7, 8, 8.1).