What is Encryption? & Types of Encryption & Its Importance


Encryption is defined as the process of converting information into incomprehensible codes (seems meaningless) to prevent unauthorized persons from viewing or understanding information. Encryption therefore involves converting plain text into encrypted text. It is known that the Internet is nowadays the largest center for information transfer. Sensitive information (such as financial movements) must be transmitted in encrypted form if it is to maintain its integrity and secure it from tampering with hackers. The keys are used to encrypt and decrypt the message. These keys are based on complex mathematical formulas (algorithms). 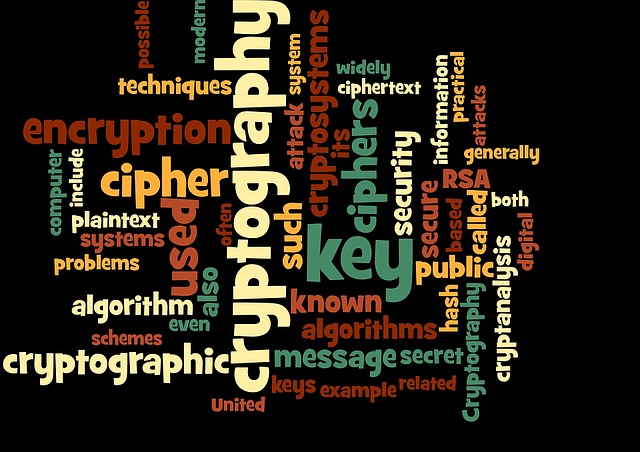 The strength and effectiveness of encryption depends on two basic factors: the algorithm, and the length of the key (estimated bits).

Encryption (secret key) In symmetric encryption, both the sender and receiver use the same secret key to encrypt and decrypt the message. The two parties initially agree on the passphrase (long passwords) that will be used. The passphrase can contain both uppercase and lowercase letters and other symbols. Encryption software then switches the passphrase to a binary number, and other symbols are added to increase its length. The resulting binary number is the key to encrypt the message. After receiving the encrypted message, the receiver uses the same passphrase to decrypt cipher text or encrypted text, as the software rewrites the passphrase to form the binary key, which converts the encrypted text back to its original form. The concept of symmetric encryption depends on DES. The large gap in this type of encryption was the secret key exchange without security, which led to the decline of the use of this type of encryption, to become something of the past. Symmetric Cryptography Asymmetric encryption (public key) Incompatible cryptography is a solution to the problem of insecure distribution of keys in symmetric encryption. Instead of using one key, asymmetric encryption uses two unrelated keys. These keys are called the public key and the private key. The private key is known to only one or one person; it is the sender, and is used to encrypt and decrypt the message. The public key is known to more than one person or entity. The public key can decrypt the message encrypted by the private key. It can also be used to encrypt the private key owner's messages, but no one can use the public key to decrypt a code. The private key is the only one that can decrypt the messages encrypted by the public key. The encryption system that uses public keys is called RSA, and although it is better and safer than the DES system, it is slower, since the encryption session and the decryption session must be almost simultaneous. In any case, the RSA system is not intrusive, as penetration is possible if time and money are available. Therefore, the PGP system, which is an improved and upgraded version of the RSA system, has been developed. PGP uses a 128-bit key, as well as using the message digest. This system is still immune to penetration to this day


What is the electronic footprint of the message?


Digital Signature: The digital signature is used to ensure that the message originated from its source without being changed during the transfer process. The sender can use the private key to sign the document electronically. In the future party, the signature is validated by the use of the appropriate public key. Traditional digital signature process Using a digital signature, the integrity of the message is secured and validated. One of the benefits of this signature is that it prevents the sender from disguising the information he has sent. Another way could be to combine the two concepts of electronic footprint of the message and the public key, which is more secure than the traditional model process. The message is first disguised to create an electronic fingerprint, and the electronic fingerprint is encrypted using the owner's private key, resulting in a digital signature attached to the sent document. To validate the signature, the recipient uses the appropriate public key to decrypt the signature code. If the decryption process succeeds (returning it to the camouflage association), the sender has already signed the document. Any change to this signed document (however small) ), Causes the verification process to fail. Future software then camouflages the content of the document, resulting in an e-mail imprint for the message. The corresponding value of the signed signature matches the camouflaged value of the document, which means that the file is intact and has not been altered during the transfer. Electronic footprint algorithms (MD2, MD4, MD5) Ronald Rivest developed MD2, MD4 and MD5 algorithms for the electronic signature of the message. These algorithms are camouflage associations that can be applied to digital signatures.