What are the Internal Components of Hard Disk Drive ? 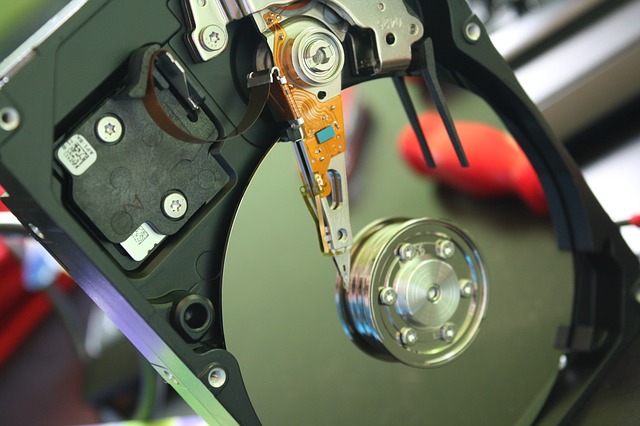 The hard disk is one of the main storage units. The hard drives are characterized by storage capacity and speed of rotation. The hard disks are composed of rotary magnetic disks, Electromagnetic role of reading and writing from and to the surface. It is worth mentioning that the hard disk has the ability to store a large amount of data and information that the user enter or provide the computer in one way or another, and the work of the hard drive mechanical, because it affects the speed of reading and writing data and information. We can define the hard drive as the part that is responsible for storing the long-term information inside the computer, is not affected by the power outage, and enables the ability to permanently save programs and files.

The hard drive has a capacity of more than 250 GB, (RAM). It is common knowledge that a computer stores data and information on a hard drive in the form of a series of bits or so-called binary bits, so that every 1 bit is stored as a magnetic charge over the paint on the disk surface.

Also Read: Difference Between HDD & SSD and its Features, Comparison

Hard Disk Components Platters are known as a pack of magnetic disks that are circular in shape and are covered with a layer of iron oxide material that is magnetizable and double in layers. Both the lower and upper layers can read the information at the same time. These circular magnetic disks are mounted above the spindle axis, and are connected to each other in a positive relationship, increasing the speed of reading and writing in conjunction with increasing the rotation speed of the axis.

Shaft: This is the part on which all magnetic circular disks are installed. It plays an important role in moving the disks in conjunction with its movement and directly connects to the engine from the bottom. Writing and reading

Headers: The arm fixed on the spindle moves horizontally between the center of the disks and the outer edge of the drive. These headers can read and write stored data as well. Electronic circuits: These circuits play a very important role in reading and writing information and data on the hard drive. It is responsible for translating the electrical signals directed to it from all the input units of the computer and converting them into understandable commands to be executed by the headers of writing and reading.